Ken Gazzola retired in September 2006 as Executive Vice President from the McGraw Hill Companies (MHP) after a distinguished 30-year career. As Executive Vice President/Publisher of Aviation Week Group, he served an audience of over a million professionals and enthusiasts in more than 180 countries. Aviation Week is the world’s largest multimedia information service provider to the global aviation and aerospace industry. Ken began his publishing career at McGraw-Hill, where he held several management positions before moving on to serve as Group Publisher of Aviation/Aerospace Publications for Ziff Davis (later Murdoch Magazines). He later rejoined MHP as Executive Vice President/Publisher of the Aviation Week Group. Ken is a Board Member Emeritus and still active with the board at the Smithsonian Institution’s National Air and Space Museum, former Co-Chair of the International Committee of the American Business Media Association, a Board Member of the Wings Club, and Board and advisory council member of AIRLINK, nonprofit providing lift for NGOs responding to disasters worldwide. He was President of the Wings Club in 2004-2005. He is is Fellow of the Royal Aeronautical Society and the past chairman of the Washington D.C. branch. He holds a Bachelor of Science degree in Business Administration from Fordham University Business School and an honorary doctorate from Vaughn College of Aeronautics and Technology. He is a current, instrument-rated, multi-engine general aviation pilot. He also serves on the Board of the Washington Airports Task Force. In addition to his serving as a Founding Board Member of Aero Design Labs, Inc., Ken is also is President and CEO of Four Stars Aviation and Gazzola Consulting. 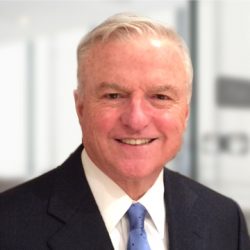