Jeff Martin joined ADL as President & CEO in March 2021 and brings over thirty-one years of extensive commercial aviation, Executive oversight and Public Board experience to ADL. Before Joining ADL Jeff was Chief Operating Officer at WestJet Airlines, before this he was a successful executive at both JetBlue Airways and Southwest Airlines for over 25 years. Jeff maintains a commercial airline pilot certification on DC-10, CE500, Boeing 737 and Airbus 320 aircraft. Jeff served in the United States Air Force as a military aviator and officer. He was also a recipient of the Williams Trophy for Innovation in Aviation while at Southwest Airlines for performance based enhancements. Jeff has also served on the NextGen Advisory Committee, The Mitre Advisory Board and as an Independent Director to Lasalle Hotel Properties. 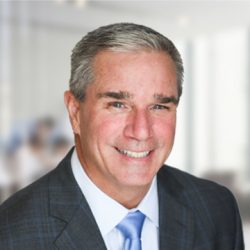