Eric Ahlstrom has 40 years of engineering and management experience in the aerospace industry. His commercial and military career has spanned airline maintenance, major alteration, flight controls, flight test, drag reduction and certification. Outside of aviation, Eric’s research led him to a variety of fields from particle physics and radiation effects, to semiconductor equipment and process design where he holds a patent in ultra-pure gas process equipment. Eric founded Star Aerospace in 1998 specifically to explore drag reduction in air racing. Eric has achieved successful drag reduction efforts on 18 aircraft of 9 types, with improvements ranging from 5% to 40%. In 2013, these techniques were applied to an S550 business jet, demonstrating a 23% range improvement and potential for 35%. Using these skills honed over the decades, Eric has applied these techniques to commercial aircraft research. Eric has built or modified speed vehicles in various forms of motorsports. During the years 2006-2008, Eric was program manager of worldrenowned adventurer and industrialist Steve Fossett’s “Absolute Land Speed Record” team where Eric directed engineers to build one of the fastest cars the world has ever seen. Eric is also a former Marine. 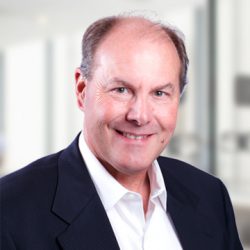