Chad Hennings succeeded in a nine year NFL career and three Super Bowl Championships with the Dallas Cowboys. Chad flew forty five successful combat missions flying A10 jets with the U.S. Air Force and is one of the most decorated college football players in NCAA history. Chad has traveled across the world as a motivational speaker at the invitation of some of the most distinguished executive audiences including those from American Airlines, Bank of America, General Motors, Citigroup and multiple U.S. Governmental agencies. He has also been a philanthropic leader in the Dallas Fort Worth area as a member of the board of directors of Christian Community Action, an organization that provides assistance to at risk families, and the establishment of Wingmen Ministries. In addition to a successful career as an entrepreneur, speaker/author and real-estate professional, Chad also consults ADL on issues regarding military aircraft 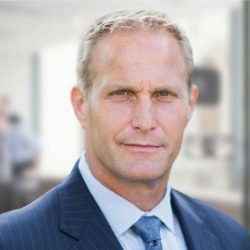